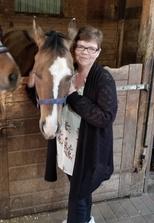 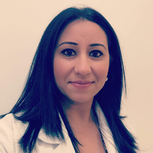 What is Abbeyfield House?

Abbeyfield is an International society dedicated to providing seniors with affordable, companionable and secure housing in a family-sized household within their local community. Community sponsored and supported, Abbeyfield Houses are set up and run on a not-for-profit basis under the management of a volunteer board of directors. Costs, which include meals, are shared by residents. A proven concept begun in England more than 50 years ago, there are now more than 1,100 Abbeyfield Houses worldwide, and 30 houses currently operating in Canada.

The Abbeyfield Caledon House is located in a peaceful, rural area of the Town of Caledon in the village of Caledon East, just north of Toronto. The House offers an independent, affordable living alternative in a warm family style environment. The House provides Residents with a balance between privacy, companionship, security, and independence.

Joe McReynolds - Chair of the board

Joe holds a bachelor’s degree in Arts (pre-medical science) from the University of Ottawa and a Master degree in Social Work from the Wilfred Laurier University. After many years in senior leadership positions in public service in Ontario, Joe has continued his passion for innovative community development and capacity building.

Since leaving the public service, he has led the Ontario Community Support Association as CEO, been Chair of the Halton Peel District Health Council, and was the founding Chair of the Central West Local Health Integration Network (LHIN) from 2005 to 2011.  Joe currently works part-time as a senior consultant with a firm which focuses on board governance, planning, integration and leadership. Joe has been a resident of Caledon East for over 25 years and he and Brenda are the proud parents of six children and now seven grandchildren.

​Leoné Beck - Vice-chair of the board

Leoné is a graduate of York University. She has a diploma from Humber in Human Resources and her Certified Financial Planner designation. She worked for 22 years with the CIBC in various capacities including Branch Manager of the local bank.   She is currently retired and enjoying spending time with her grandchildren.

Leoné has lived in Caledon East since 1977 with her husband Tony and their two children.  Over the last 35 years she has volunteered in the community in various capacities including being Program Co-coordinator of the Community School, baseball coach, secretary for the Playschool, on the board of the Bolton chapter of the Salvation Army, Chair of Outreach and Ministry and Personnel at the United Church and volunteered for the 2015 Pan Am games. Being chair of the Abbeyfield Board for the last two years has afforded her much enjoyment and personal growth.

​Bob graduated from the University of Waterloo with a degree in Mechanical Engineering and, through evening studies, received a Master of Business Administration degree from York University.  Working as a Professional Engineer for over 30 years, Bob was involved in the fabrication and erection of many high rise steel buildings throughout Canada and the northeastern United States.  He now works privately as a consultant to the steel fabrication industry.
Bob and his wife Cheryl, who have two adult children, have lived in Caledon for nearly 20 years.

Judith's 30-year career was dedicated to the Ontario Public Service starting from summers during her high school years.  After graduating with a Master's degree in Political Science from the University of Toronto, she experienced a variety of progressively responsible opportunities in the areas of policy and program development and program delivery across several ministries of the Government, including Municipal Affairs,Housing and Education. Her favourite assignment was most certainly as the Director of Apprenticeship Training and Certification of the Trades and skilled trades workers in the Province.  In retirement, Judith is enjoying time dedicated to exercise, travel and volunteering with Abbeyfield Caledon.  Married with three grown children, Judith has been a resident of Caledon for 35 years.

Joanne Davis received her undergraduate degree in science from the University of Guelph followed by a Bachelor of Ed. at Western University.  She went on to teach with the Peel District Board of Education and retired in 2008.  Feeling the need to give back to the community, Joanne volunteers with Caledon Meals on Wheels, AbbeyfieldCaledon and Caledon East United Church.  Her love of music led her to become an active member of the Orangeville Chorus of Sweet Adelines.

Joanne and her husband John farm in the area and their expanded family now includes three sons, two daughters-in-law and two wonderful grandchildren.

Life is good and Joanne is grateful to be part of the Board of Directors for Abbeyfield Caledon.

Jim graduated from the University of New Brunswick with a degree in Civil Engineering and has taken the Canadian Securities as well as the CIFP financial planning courses.  He recently retired from an aviation career, having flown corporate jets for over forty years, based at Pearson International Airport.  He has also served as president of the Caledon East Tennis club.

Jim and his wife Stephanie, who have two daughters and two granddaughters, have lived in Caledon for over 36 years.

Chris Blackmere graduated McMaster University with a degree in literature and philosophy in 2000.  Since then, he has operated a bookkeeping and accounting practice in the Caledon area.

As an accountant specializing in small, family-owned businesses, he has extensive experience in financial problem solving.  Chris is fluent in both English and BBQ.  Chris, his wife Beth and their two sons have lived to Caledon East since 2008.

Hasinah Shaqiq is a registered Chiropodist / Foot Specialist. She has been practicing Podiatric Medicine / Chiropody since 2009. In 2004 she obtained her Honours of Bachelor Science from York University focusing in Biology and Psychology and completing her thesis in the Abnormalities of the Frontal Lobe. In 2009 she completed Podiatric Medicine at the Michener Institute. She has also had many clinical engagements at the: Women’s College Hospital, Toronto Rehabilitation Institute, Sherburne Health Centre, St. John’s Rehabilitation Hospital and Toronto General Hospital.

Hasinah has been serving the Caledon Community since 2009.  She is the owner of the Foot Clinic & Orthotics situated in Caledon East and  Kleinburg.  She has also been  serving the downtown Toronto community at the Medcan Clinic – Canada’s leading executive health clinic since 2010.

Hasinah has been living in the Caledon area for the past 8 years and enjoys spending time with family.  She also lectures in the communty about the importance of foot care - predominately in the seniors community.

Gerry holds a Bachelor of Commerce degree from McMaster University and has worked as a financial services executive with major financial institutions for over 25 years.  Gerry’s career has centred on the wealth management sector with primary responsibilities for strategic planning, sales and marketing.

Commitment to community includes serving as a Board Director on the Central West LHIN (Local Health Integrated Network) for six years, including the Chair of the Finance Committee, Board Chair for Hospice Caledon (now Bethell Hospice), Vice-Chair of Hospice Caledon Foundation and Chair of two Independent Review Committees for mutual fund companies. Gerry is also a member of the Property Standards Committee for the Town of Caledon.

Gerry has lived in Caledon for 17 years, raising 2 sons with her husband Chris.

Andrea co-owns Core Solutions Physiotherapy & Wellness in Caledon East and Schomberg.  She has been a Certified Athletic Therapist for over 20 years travelling and working with high performance athletes and has been fortunate to serve as part of the integrated medical team at the last two summer Olympic games.

Andrea is probably most known for her tenure as co-Chair with the Caledon East Revitalization Committee.  This local committee hosted local events as fundraisers to raise money for beautifying downtown Caledon East.  The banners, flags, and all flowers are just a few things that were proclaimed by this committee. She has also served as the past President for her National association and numerous committee and board positions within her Provincial association.

Andrea has been a long time Caledon East resident with her husband Mark and three sons, Kyle, Tyson and Bryce.  She is looking forward to serving the residents of Abbeyfield.

Maureen is a Law Clerk registered with the Institute of Law Clerks of Ontario since 2009, as well as a Commissioner of Oaths registered with the Ministry of the Attorney General.  She, along with her husband and son, has been a resident of Caledon East since 2000 and has worked as a Law Clerk with a law firm in Caledon East since 2005.  Prior to 2005, she worked with numerous law firms in downtown Toronto as a Legal Assistant.

In the past, Maureen has volunteered with youth groups in the Caledon area, serving with Scouts Canada and 892 Snowy Owl Squadron RCAC.  In recent years, as she cared for her father who was battling Alzheimer’s, she has come to recognize the growing needs of seniors in the Caledon area.  Maureen is overjoyed to work on the Board of Directors for Abbeyfield Caledon in honour of her father and in recognition of the love and support needed by our seniors.